Fairleigh Dickinson University is an American University and one of the very few American Degree providers that are accredited in Canada and USA. With a strong Undergraduate Scholarship program, FDU students study in this private, not-for-profit institution in the tuition range of public institution.

Fairleigh Dickinson University (FDU) was founded with a mission to provide a global education to prepare students to become global citizens. That was in 1942, New Jersey, USA. Now, still marching strong with our founding mission, FDU has expanded to four campus locations in three different countries: the United States of America, Canada, and the United Kingdom.

Fairleigh Dickinson University Vancouver campus, the University’s newest campus, opened in 2007 in Vancouver, British Columbia. Located in western Canada, Vancouver is one of the world’s most scenic, cosmopolitan and multicultural cities. With a student population of just under 1,000 students from 60 different countries, at FDU Vancouver, we pride ourselves on our diversity, close community, robust student support services, and student-focused learning environment. 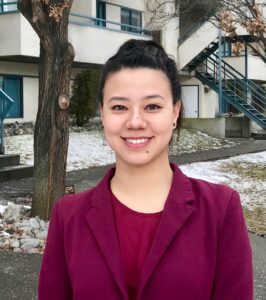 Join us for a Q/A session with one of our Student Recruitment Officer who can help you with your application process, program queries, and Financial Aid information. This session will be a drop-in style.

Event to be posted.